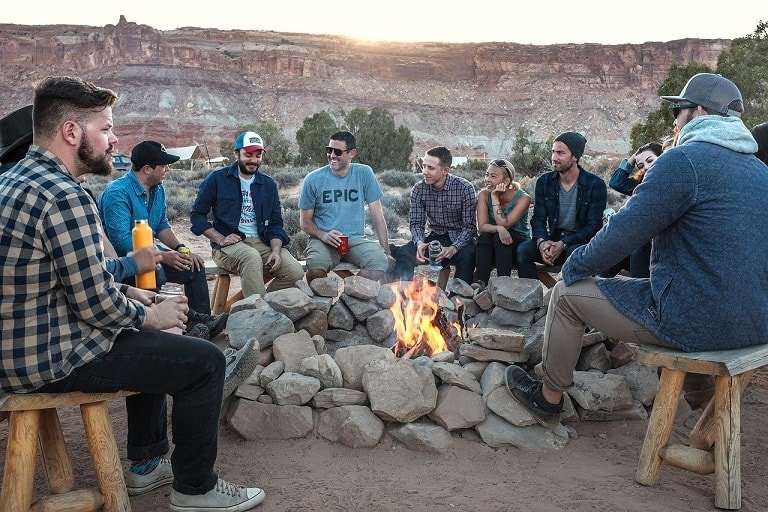 INTERPERSONAL INTELLIGENCE : WHY YOU NEED IT TO LEAD HAPPY AND SUCCESSFUL LIFE

You may have seen one or many persons who have magnetic energy. Once they enter the room everyone gets joyful and excited. People just steak around them for hours.

Everyone wants to spend time with them. People get curious about them.

They can easily impress and convince people within the primary or second meetings. As an example, some politicians, influencers, actors, business leaders, or the person in your acquaintances, their character may resonate with the above-stated description.

In older days only academic intelligence was known to us. All other types of intelligence are recently discovered. There are multiple theories given recently by different researchers to typify the different intelligence.

Interpersonal intelligence is also a recent finding but vital to lead a cheerful and fulfilled life.

Even within the professional and corporate world, interpersonal intelligence is extremely important to climb up the board hierarchy. lately, it is the foremost rewarded skill for jobs, because people with high Interpersonal Intelligence has high chances of impressing client and close big deals for the companies.

This theory is given by Robert j. Sternberg. He researched intelligence and based upon his research he produces Triarchic Theory. He uses a cognitive basis rather than a psychological approach to put forth his Triarchic Theory.

As per Sternberg, there are three kinds of intelligence.

People who have these kinds of intelligence are good in academics but may or won’t be good at producing creative ideas or choices. generally, we call IQ.

People having this type of intelligence are highly skillful and innovative. they’re creative and artistic. they have the facility to innovate and solve the matter. it’s seen that these people aren’t good at academics.

People having these kinds of intelligence are good at making decisions, assess situations quickly, and choose what’s a subsequent step, good at adapting with the new intelligence. These people are successful in every work they’re doing.

Here we’ll see about Interpersonal and a bit of Intrapersonal Intelligence,

WHAT IS INTERPERSONAL INTELLIGENCE

This is people’s skill and one who has it is often called “people smart” or “Social Smart”. People with high Interpersonal intelligence are good at people’s skills, reading their minds, emotions, temperament, and habits. They know exactly what to say during which situation.

During the conversation with others, they know what people want to concentrate on and say something that changes people’s moods and gets impressed with them. They have the facility to understand and interact with people.

This explains how some people can seduce others with mare talking or with quick interaction. But some people can’t do that instead of trying hard and end up distancing peoples from themselves.

Examples of people with high interpersonal intelligence are

People with high intrapersonal intelligence have control over their emotions, feelings, needs, desire, and beliefs. They neither overestimate nor underestimate themselves. they’re ambitious and guaranteed.

Academic intelligence(IQ) can’t decide your success at work, healthy relationship alongside your spouse, family, and friends, or social contacts but interpersonal intelligence does.

No matter how intelligent you’re in academics but if you are not good with social skills like communication, presentation and speechmaking you’ll lag behind in work culture. But interpersonal intelligence will give this all to you.

If you are not good at social skills your relationship alongside your wife won’t flourish or may take an extended time to open up. you will have a careless relationship with people with family and friends.

WHY INTERPERSONAL SKILLS ARE MOST REWARDED SKILL IN WORKPLACE THESE DAYS?

In the corporate setting, interpersonal skills are the first thing the interviewer checks in candidates especially in those who will work as HR managers or in sales. Because it’ll decide, how will you handle the people, will you be able to lead the people in your team, or how will you create your rapport with your team leader.

Interpersonal skills cause you to be a man with a sweet mouth. It’ll help to make an honest and fruitful relationship with retailers and consumers. People will respect and trust you.

Interpersonal skills assist you in project presentation and speechmaking. Helps you to develop new leads. Also, It makes you a good leader.

If you’d like people to like you, believe and trust in you or you’d wish to form a good rapport with people.

Interpersonal intelligence helps you to form a rapport with people. Once you deed it people start thinking that you like them only. And open their heart in front of you.

And as per the law of attraction, “Like attracts like“. People start attracting towards you. Here are some social skills that make you social smart or in other words people with high S.Q. Usually have the following qualities.

It is the foremost important social skill to possess to urge in connection with people. Verbal communication is through conversation, presentation, simple talk, or speech.

They have the skill of story-telling. They convert their speech or presentation into nice and humorous stories so that folks should understand the thing in simple words and while doing that they need to remain excited and interested till the highest of the conversation or session.

She’s a behavioral investigator and runs an academy name “Science of People”. this is often one of the most recommended books so far for verbal communication.

A person with high interpersonal intelligence is also good at non-verbal communication skills. That means they are expressive with the eyes and body gestures, as an example, looking straight into the eyes of the person ahead while talking, not reacting to people if not necessary, or giving the right reaction at the right time. Expressive with hands and legs, empathetic listening so as that folks feel heard.

True communication happens once we combine both verbal and non-verbal communication. It goes hand in hand. Once you acquire this you’ll suddenly become likable and the center of attraction in your group.

This is a skill and it is often learned. Now every day online courses are available. Join the courses, attend toastmasters and practice it with people.

A former FBI counterintelligence officer Joe Navarro was an expert in non-verbal behavior specialist. He solved tons of cases on the basis of the behavior and expressions of criminals. He noted these tricks in a book. this is often the only of a kind book on non-verbal communication.

You might also like to read 1. Perfectionism: 9 Personality Related Issues Every Perfectionist Faces. 2. 9 Hacks To Counter Social Anxiety While In Social Situations And Networking Events.

Deep listening empathetically. Deep listening makes one ahead feel heard and important, thanks to that they start respecting you and liking you.

You can win people mare listening to them. You don’t get to impose your opinion on them or just shut one’s mouth, and listen. Respond in between nodding with head or repeating the important line or words from their conversation.

People feel relieved when someone listens to them.

People with high interpersonal intelligence are good at listening. The simplest example we’ll give. “Alfred Sloan Jr” his employees used to call him “Silent Slone”. Because he used to talk less and listen more. This helps him to lead GMC for four decades.

This makes them look charming and trustworthy. Everyone likes confident people.

People with high interpersonal skills know when, how, and to what extent to express their emotions before people, especially anger.

This quality makes them more approachable.

People wish to share their problems with such a person.

If you keep bringing your emotions in between, people will distance them from you and avoid you.

You need to seek out and regulate your emotions. Control it but don’t repress it.

A person with high interpersonal intelligence specializes in problem-solving and has the facility to hunt out a solution to any problem.

This quality attracts the people toward them. When people get into trouble they approach him for a solution.

A person with high interpersonal intelligence has integrity. They respect colleagues, partners, and friends. Also respect others’ political, religious, and other views.

They don’t differentiate people from the thought of caste, creed, ethnicity, language, sex, and profession.

These people are brutally honest about themselves and with others.

You will never fail in life if you’re a skilled negotiator. May you be a boss, HR manager, employee, spouse, some shop owner, or salesperson. you’d wish to negotiate something.

People who are bad negotiators have chances of ending in low-paying jobs, end up getting into a nasty deal or they’ll end up buying low-quality products for the upper price.

There isn’t any test for measuring interpersonal skills but you’ll feel it from that person once you’re available in touch with them.

WHAT IS INTERPERSONAL INTELLIGENCE?

These are people’s skills and one who has them is often called “people smart” or “Social Smart”. People with high Interpersonal intelligence are good at people’s skills, reading their minds, emotions, temperament, and habits. They know exactly what to say during which situation.
Mahatma Gandhi, Luther KING JR, Abraham Lincoln, Nelson Mandela, etc.

WHAT ARE THE QUALITIES OF A PERSON WITH HIGH INTERPERSONAL INTELLIGENCE?

WHAT IS INTRAPERSONAL INTELLIGENCE?

WHAT ARE MULTIPLE INTELLIGENCES?

2 thoughts on “INTERPERSONAL INTELLIGENCE, WHY YOU NEED IT TO LEAD HAPPY AND SUCCESSFUL LIFE.”