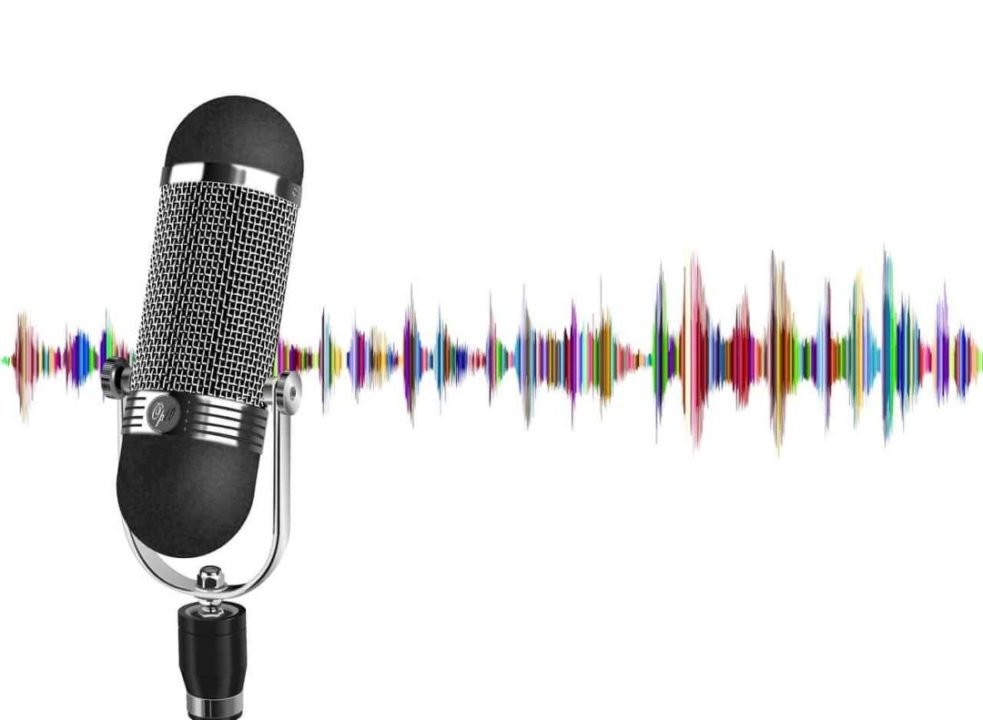 There are numerous podcast channels are running these days on the internet. The hosts invite successful entrepreneurs, writers and authors, motivational speakers, professionals, psychologists, corporate managers, and the list goes on.

They share their wonderful experiences about life, success, leadership, life hacks, and psychology.

It is always a great experience to hear them out. I personally like podcasts because they are informative, insightful, and add value to people’s life.

I have seen many podcasts to date and a maximum of them are good but I have sorted out a few best podcast channels based upon people’s reviews, guests they invite, hosts, and a set of questionnaires.

Are you excited- continue reading…

Impact Theory is one of the best podcast channel so far. It is co-founded and hosted by Tom Bilyeu.

Tom invites the various guests for interviews such as doctors, psychologists, research scholars, authors, motivational speakers, leaders, and the list goes on.

Also, talk about leadership, success mindset, hacks to become successful and to make an impact, motivation, and skills related to thriving in life and in career.

Tom is a successful entrepreneur, co-founded a billion-dollar company name “QUEST NUTRITION” which deals in producing protein bars. Further to add to his profile, he is also an actor, filmmaker, author, leader, and motivational speaker.

Tom was an unhealthy and miserable kid when young but his zeal to do something changed his life.

He left teaching jobs and started hustling in the entrepreneurial journey. His wife Lisa Bilyeu help him by looking after his home as well as helping hand with business.

It all started when after the success of the entrepreneurial journey Tom thought that now it is time to do something for people, to do something to make an impact in society. And this is how Impact Theory started.

Tom was nominated as among the top 25 business personalities by Success Magazine in 2018. Featured in the film The Brazen Bull.

Impact theory is an awesome podcast to follow. It will give you an insight into life and relationship. Help you to find the success mantra in life.

The main reason for giving this podcast the first position is because of tom. He has crazy skills to interview people.

I think Tom is really making an impact on people with this show. It is worth a watch.

This show was founded by famous internet personality Jay Shetty. The show produces an interview twice a week every Monday and every Friday on his website as well as on Youtube, Facebook, and Instagram.

To create motivation in people around the globe and to create a success mindset.

Jai Shetty has an Indian-British origin based in England. After graduating from Cass Business School in behavioral studies he moved to India to live as a monk for three years.

He lived a monk’s life for three years, Jay returned back to normal life. After his mentor told him to share this timeless wisdom with the world.

Jay is a life coach, philosopher, motivational speaker, Influencer, storyteller, author of the book “THINK LIKE MONK” most viewed Internet personality and entrepreneur. Also featured on Ellen De Generous Show and The Today Show. Jay was named in Forbs 30 under 30.

He has got numerous awards for his work. His “Viral wisdom Video” gathered more than 4 billion views and 20 million followers globally.

Multinational companies such as Accenture, L’Oreal, Google, Microsoft, IBM hired him as a life coach.

His podcast show is worth watching.

Valuetainment is a podcast show founded and hosted by “PATRIC-BET-DAVID”. Produces interviews once a week on patrickbetdavid.com, Youtube, and Instagram channel.

Patrick invites unique, critically acclaimed, and highly influential people from different fields. Many personalities from entrepreneurship, leadership, politics, ex-mob people, media personals, and writers have been featured on his show.

They talk about numerous things such as entrepreneurship, leadership, motivation, success, and many more things.

Though this channel focuses mainly on business and success it is a must-watch podcast channel for all people.

Patric has next-level skills to interview people and extract knowledge from them, And this is what makes this show nice, insightful, and informative.

A recent episode on global pandemic COVID-19 has gone viral.

Patrick is a serial entrepreneur and multi-millionaire, author, and host.

Born in Tehran, Iran later escapes to Germany with his parents after the Iranian revolution in 1978.

At the age of 12 years while living in a refugee camp in Germany he took odd jobs and sometimes collecting empty bottles and cans to raise money to feed his family. Now residing in the USA.

Today Patrick is the CEO of the financial company PHP INC. spread around the united states and some other countries. Also founder and host of Valuetainment. I personally like this show.

Woman of impact Is a woman wing of impact theory, co-founded and hosted by LISA BILYEU.

Also, talk about the hack of becoming successful in any field.

Lisa is the co-founder of the billion-dollar company QUEST NUTRITION along with her husband and impact theory host Tom Bilyeu.

She is also co-founder and president of Impact Theory and Woman of Impact. Lisa has many feathers in her hat such as businesswoman, director, producer, artist, motivational speaker, host, and loving wife.

She is a real-life superwoman. Her story of how she becomes a successful businesswoman from a simple housewife is inspiring.

How Lisa interviews people is simply great, what I like about her is she let the host talk and she listens with all patience and empathy.

This is a great podcast channel for women as well as men. Go catch it asap.

5.SCHOOL OF GREATNESS BY LEWIS HOWES

Lewis Howes is the founder and host of the podcast show “THE SCHOOL OF GREATNESS”. The show produces weak interviews.

This show has been downloaded more than 5 million times and earned a top rank on i-tune consistently. He hosted to 100 i-tune podcast show.

Lewis has a very decent way of asking questions and his great interaction skills with guests make this show worth watching.

Lewis’s life journey is quite inspiring like a movie. Born in Ohio, to not so well to do parent.

He was a shy, fearful and miserable child while growing up, because of that he got bullied in school and college.

Faced sexual harassment when young later his parents get divorced, the elder brother was jailed, sister got addicted to alcohol and went to a rehab center.

His struggle does not end here he gets into football. Later he started working as a professional footballer.

One day while playing football he got his wrist fractured and because of that he got disqualified from the team and has to left his successful career behind.

Broke Lewis started sleeping on his sister’s couch and started finding work and self-improvement on the internet.

Where he got the idea and created a successful social networking company and sold it to his business partner for 7 figure amount.

He got admission to men’s HANDBALL to perceive his athletic dream and shortly got selected in the national team maybe he will qualify for the Olympics now.

He started a successful podcast show. Wrote books that become a bestseller.

6.THE WOLF’S DEN BY JORDAN BELFORT

Though this show mainly talks about business, entrepreneurship, economy, sales skills things and is not very much related to our topic but Jordan is at another level when we talk about sales and entrepreneurship.

Not only sales and entrepreneurship but you can learn a lot of things here for instance communication, how to get confidence, negotiation skills, and how to rise from nowhere to highest.

If you have seen THE WOLF OF WALL STREET movie I need not introduce who Jordan is.

Born and brought up in New York City, a biology graduate. Before turning to business he also enrolled in dentistry for a very short time.

Initially, Jordan did odd businesses and jobs But failed eventually. Later He started working in the Brokerage firm for a while before opening his own brokerage firm Stratton Oakmont partnered with friend Danny Porush in 1989.

The company rose to the highest level on Wall Street very quickly earning more than $50 million a year that earned him the title “THE WOLF OF WALL STREET”.

His story of the rise to become wolf and downfall is dramatic and interesting.

Jordan was famous for the lavish lifestyle that earns him many high-profile friends.

He along with his executive got convicted for money laundering, Inside trading, and making fraud with stockholders with the Pump and Dump scheme. For that, he was sentenced to jail for 22 months along with a huge penalty.

Now he is clean and leads a normal life. Now Jordan works as a sales trainer in his firm Straight Line Persuasion.

He helps companies to increase sales. He is also a motivational speaker and host of the famous podcast show THE WOLF’S DEN.

The Wolf’s Den is worth watching.

You can shuffle this list as per your interest but one thing is for sure you can’t replace these shows from the top list.

WHICH ARE THE BEST PODCASTS ON SUCCESS, RELATIONSHIP, PSYCHOLOGY, AND LEADERSHIP?

There are thousands of podcast shows out there but I have sorted the top six best podcast shows.
1. Impact Theory by Tom Bilyeu
2. Jay Shetty Show by Jay Shetty
3. Valuetainment by Patrick Bet-David
4. Woman of Impact by Lisa Bilyeu
5. School of Greatness by Lewis Howes
6. The Wolfs Den by Jordan Belfort
These shows are available on i-tune, Spotify, Host’s respective websites, Youtube, Instagram TV.

IS A PODCAST SHOW WORTH WATCHING?

Yes, podcasts are informative and catchy. The host invites the guests to experts in their respective fields and interviews them. Experts share their knowledge and experiences which provide a lot of information to the viewers.

WHAT IS A PODCAST SHOW?

The podcast is an interview show basically. The host Interviews famous, critically acclaimed people, experts, and authors. And release interviews Daily, Weekly, Biweekly, or Monthly.
Whatever topic it may be podcasts are worth watching.

You can listen to podcasts for free on Youtube, Instagram TV, Spotify or you can buy a subscription on certain websites and i-tune.