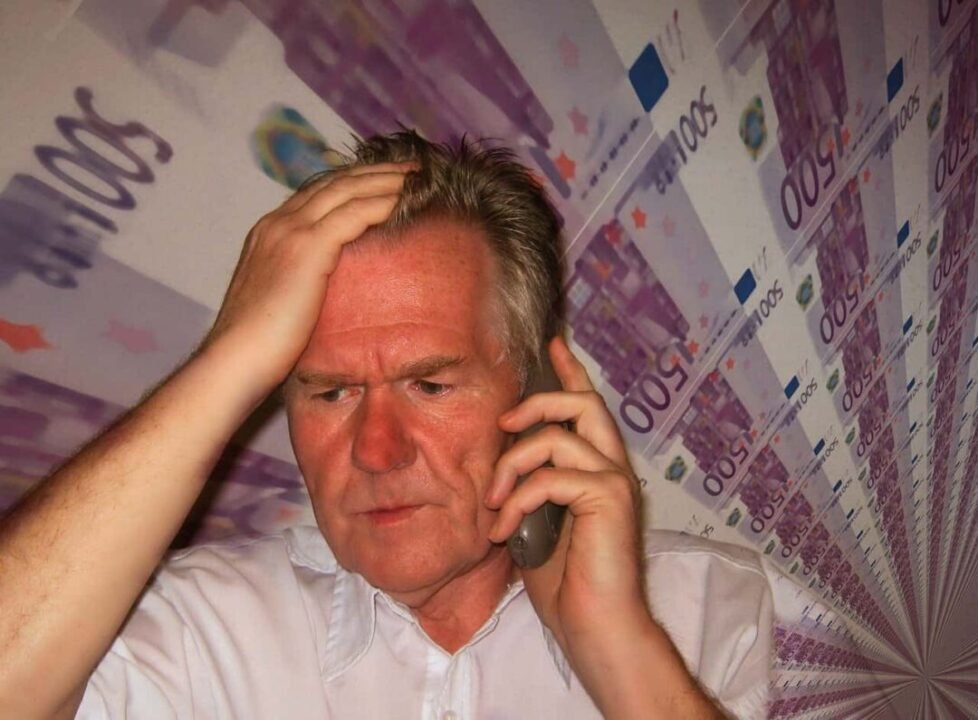 WHAT IS MONEY DISORDERS AND HOW IT AFFECTS YOUR FINANCIALS.

Are you often indulged in impulsive shopping or buying random things that are unnecessary? Are you terribly afraid to lose money and because of that you are not ready to take even small risks or you are too cautious while spending money? Are you constantly stressed about money? Do money worries causing trouble to your sleep? Do you argue with your partner around money? If so, you might have a money disorder

As per one research done by The American Institute Of Stress, Money is the main reason for stress in the life of at least 62% of American citizens.

Money disorders are mostly found in adults. Men and women have an equal chance of getting affected.

Money is a major area of conflict in relationships and a leading cause of divorce. Money can cause anxiety and panic in people’s life.

So many of us are not taking care of ourselves financially, we’re overspending, we have high credit card debt or we’re not saving enough for the future.

Our misconceptions and illiteracy about money are leading us to this condition.

WHAT DO YOU MEAN BY MONEY DISORDERS?

We can define money disorder in many different ways but simply money disorders are chronic patterns of self-destructive financial behaviors?

People get involved in spending money randomly on an unimportant thing without any reason, this eventually lands them in debt and poverty.

Simply they don’t have control over spending money and end up spending more than they earn.

Because of these maladaptive habits the person will get significant financial strain and distress. He will not able to enjoy the financial resources.

Money obsession disorder – In this condition person is obsessed with not spending money sometimes even on important things.

Another money disorder is Money Hoarding disorder in which the person affected tries to stock a lot of money.

2. Feeling Unloved? Once You Understood This You Will Never Feel Unloved Again.

It is the result of distorted beliefs we have around money based on our financial experiences.

Following are a few reasons responsible,

1) A CHILDHOOD OF NOT HAVING ENOUGH MONEY.

A person who experienced extreme poverty at an early age.

Because of a lack of money, they can’t enjoy the luxuries that their friends can. Such as having nice clothes, a house, a car or going on nice vacations.

Whenever they asked money from their parents to buy the things they really wanted, they get to hear the words like,” sorry we can’t afford that, or we can’t buy that for now”.

Such children when grew up have a chance of developing money disorder. Because they have suppressed feelings or emotional trauma around money from childhood experiences.

When they grew up and start earning money or get money from other sources, they indulge in impulsive or compulsive buying things like clothes, gadgets, vehicles, going to expensive hotels and restaurants, etc.

They get into personal debt borrowed from friends and relatives or get into credit card debt because of uncontrolled shopping and end up getting into financial trouble.

Or they are always worried about money and try to earn a lot of money as soon as possible because their assumption of money is the center of their suffering and earning a lot of money will end their problems.

People who have suffered a huge money loss. Such as lost investment in the stock market, loss in the business, or lost property out of betrayal.

These people prevent themselves from taking further risks related to money.

Some of them become anxious over the thought of spending money and end up underspending even on essential things.

Seeing your parents fight over money repeatedly or even someone jump in to save us or bail us out of some financial trouble.

These types of experiences can lock our beliefs in place and lead to destructive financial behaviors especially if these events were emotionally traumatic or dramatic.

These reasons may seem dramatic but they’re also very common thinking about the experiences that have shaped our relationship with money.

Knowing the root cause is the first step to stripping them of their power and overcoming our money disorders.

Then we can learn to identify our money scripts to spot them when they’re creeping into our minds and challenge and change them into healthier and more productive beliefs.

In the book “Mind over money” overcoming the money disorders that threaten our financial health Author TED KLONTZ talked about three categories of money disorder as follows,

Money avoidance disorders include things like underspending where we’re so anxious about the money that, we won’t even spend on things we need and things we can afford.

Financial denial is another example of a money avoidance disorder, with financial denial rather than face the money problems we stick our head in the sand, we ignore our bank accounts and we really try not to think about money.

money-worshiping disorders involve an unhealthy desire to use money, the pursuit of money, or buying or even holding on to material possessions to meet our emotional needs.

These include things like overspending or gambling addiction or even hoarding disorder it also includes compulsive buying disorder which is an addiction to shopping that can lead to major financial problems and even depression.

Stocking up cash or valuable things to meet emotional needs. For example, they collect excessive cash or gold and valuable gems to feel safe and financially secure. This condition is called hoarding.

Workaholism is another money worshipping disorder now this is something that I have struggled with my entire life.

If left unchecked workaholism has a terrible impact on people’s health, happiness, and relationships with their spouses and children.

The third category is what we call relational Money disorders and these are the ones that emerge in the context of our relationships with others, they include financial dependence on others financial enabling.

Others are giving financial help that hurts both the giver and the receiver.

Engaging in acts of financial infidelity where you lie to your partner or spouse around financial issues or hide your spending is also a relational money disorder.

It also includes financial and measurement where parents share too much financial information with their children which can leave kids feeling scared and insecure.

Hence he is desperately ready to help them financially and when required he will jump in to bail out relatives to lessens his guilt.

These three categories of money disorders impact millions and chances are you’ve either engaged in some of these behaviors yourself or you know someone who struggles with them.

But the good news is that the basics of financial health really aren’t that complicated and we’re all capable of mastering them.

No matter who you are or where you’re from when you identify your money scripts and where they came from, you can change them and overcome your money disorders. And start getting into healthy habits.

For some this knowledge and insight might not be quite enough, for these individuals financial therapy or financial coaching and self-education might be needed to help get them unstuck and back on track.

Counseling from experts can be helpful in reversing this condition as this is not a psychological disease it is just an inability to control impulses and lack of financial literacy.

If you are confused about whether you are suffering from this money disorder or not and the above-described features are not much help then you can go for a money disorder test design by Dr. Brad Klontz.

You can find this test online on the internet.

What is money disorders?

What is money anxiety disorder?

Money anxiety disorder is also a part of money disorders in which a person always worries over money.

What are the reasons of Money disorders?

following reasons could be responsible to cause Money disorder,
1. A childhood of not having enough money.
2. Huge monetary loss.
3. Family issues due to lack of money.

What are the types of Money disorders?